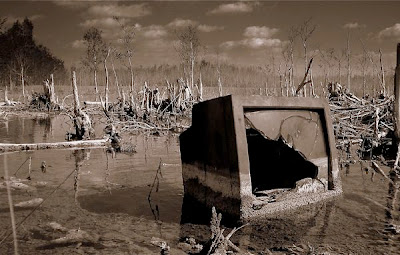 Has TV lost its marketing influence or is the video games market in decline?

Taking into account the overall TV ad market has grown significantly and since 2012 Video Game advertising has dropped from 35% to a shocking 44% ... it maybe safe to say it's a Video Game issue.

According to Google, video games are the second most popular category on Youtube, so could the games market be shifting online?

It would be naive to assume things like online networking do not contribute significantly towards Video Game hype, but TV is and always will be the greatest authority for the establishing a "brand".

"My Biggest Concern with on-line advertising is that of control. Who's viewing the Ad? What comments are being made below in an open forum? Will there be a backlash from parents of children watching inappropriate content? Anyone who wants control over the way their brand is being percieved, is always taking a risk in the online space." Says Andrew Mallandaine (Sales Director at Turner Media Innovations).

It's safe to say TV embraces a sense of trust and familiarity that the online world still seems to be falling short on, but it is clear that the marketers biggest concern is the lack of control. Unfortunately times change and so does your ability micro manage everything.

If the games marketing world is forced to existed solely online, then this could possibly influence better  services. Lets face it, the only reason marketers are concerned is because they don't want negative feedback reaching too many potential customers.