Pokemon Go is a highly addictive and attractive mobile game for all iOS and android users. This is a really interesting game that makes you travel between the real world where you live and the virtual world of Pokemon in order to find as many Pokemons as you can. Basically, this makes you forget the difference between reality and appearance. Wow! You look into the real settings but through your mobile screen. After all, you cannot find Pokemon out of your device. The setting may be real but Pokemons are never so. So, while you search for the Pokemons in various locations like water, road and forest, you don’t actually look into them resulting in unimaginable situations. For example, there was one player who found a real dead body while looking for a Pokemon in water!  Is the aim of the game to get you gifts like that?! 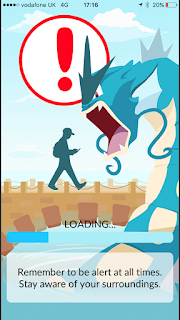 As Pokemons approach nearer, your smart phone will vibrate to let you know. Once you've encountered a Pokemon, take aim on your smartphone's touch screen and throw a Poké Ball to catch it. Be careful when you try to catch it, or it might run away! Also look for PokéStops located at interesting places, such as public art installations, historical markers, and monuments, where you can collect more Poké Balls and other items. The game does not show you the location of each character, you will just have to walk around and find them. However, there have been a few websites popping up recently that revealed all the Pokemons locations such as PokeVision and Poke Radar which the makers of PokemonGo are understandably unhappy about and looking to get them shut down soon!

Undoubtedly, after the game came into being, it won million hearts and a huge number of fans started installing the game in their mobiles. But, at the same time, we cannot ignore the incidents that this addictive game caused. There are reports of players getting tracked by criminals and robbers and coming to know about it only after they lost their valuables. Similarly, there are cases of road accidents while players tried crossing the road fully engrossed in the game. Hence, while creating interest on one hand, this addictive game is leading to so many fatal consequences. So, who will take the responsibility of the harms brought about by this game? Therefore, should it be banned? Well, this is a million dollar question the answer to which is too tough to work out.

Whatever may be the case, because of the great craze of this game, new 3DS Pokemon games will be launched this year namely Pokemon Moon Nintendo 3DS Game and Pokemon Sun Nintendo 3DS Game. Both of these role-playing video games are certainly the biggest release heading the 3DS Games titles this year with an unimaginable hype of fans and trends. Nintendo has also announced that the game will include for the first time nine languages and also there will be a ‘fan edition’ that includes steel-book cases, a collectable item for all Pokemon lovers to look forward to. Yet, these new games will not include the dangers that are looping behind the PokemonGo Game as these are a story setting role-play games on Nintendo 3DS Consoles and there will also be a special limited edition Pokemon 3DS XL Console released at the same time in November 2016. As a fan of all Pokemon series I can not wait to welcome these Pokemon Sun and Moon new to the series with open arms although some might have some reservations which we will discuss another time!

Please feel free to share your thoughts in the comments below. :) 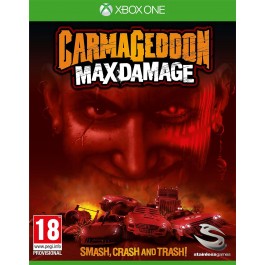 The instructions for the 'Where Eagles Die Comic' DLC code are as follows: