Telltale’s The Walking Dead Finally in your Letterbox!


Next month we finally get our grubby paws on Telltale’s incredible, episodic downloadable success The Walking Dead in all its NPC-killing, leg-hacking, decision-making, panic-inducing glory. The complete, all-in-one boxed format has been teasing our shelves for months but we’re finally in sight of being able to dish this beast out to you insatiable gamers! We bet you can’t wait, and if you can, you need to get onto your console of choice and download the demo immediately if not sooner.


Yes winner of the prestigious Game of the Year award, fighting off such monsters as Call of Duty, World of Warcraft, and all ‘them lot’, The Walking Dead first appeared on our consoles and smartphones (yep) as a meek and lonely, single episode, waving its arms furiously to try and get someone to recognize it. But from the moment you’re faced with your very first brain-crippling decision, the ramifications of which could last the entire series, it’s clear you’re in for the long haul.

Like the series itself, The Walking Dead game has an enigmatic charm that makes you want to glue your hands to the controller and your eyelids to the telly. ‘More!!’ you scream indignantly, as the next episode ends. It’s a captivating, thrilling affair that everybody agrees; you’d be an all-day sucker to miss.

Following the stylistic nuances of the comic books, and based in the same universe, there’s really little wonder that Telltale have been so successful with this world-beater.  The boxed edition comes with all 5 episodes and some lovely artwork and is available from us here at Hitari from 10th May! 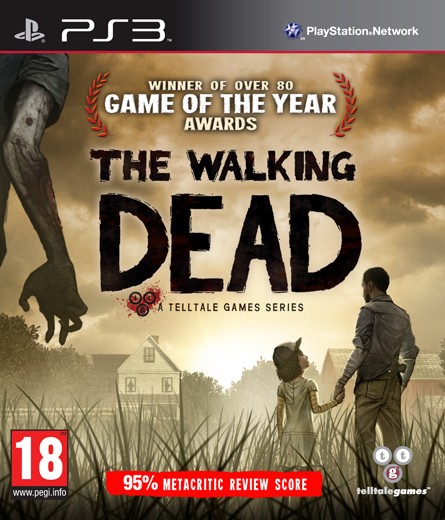